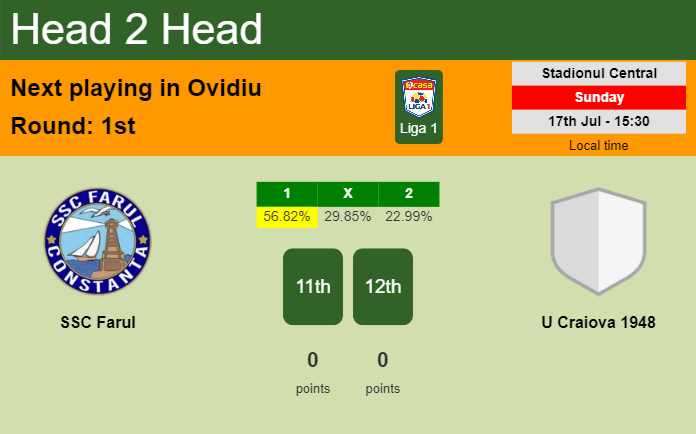 SSC Farul and U Craiova 1948 are going to clash in the 1st week of the 2022/2023 Liga 1 on Sunday the 17th of July at 6:30 pm at Stadionul Central in Ovidiu (click here to see your time). In the following paragraphs you can find the head to head analysis and prediction.

SSC Farul has accumulated 0 points to occupy the 11th place in the Liga 1. SSC Farul won 0 matches, it has never lost so far, and never drew thus far.

The top scorer is J.Betancor who has scored 18 goals in 32 matches. He hasn’t scored any goal on a penalty.

The top scorer of the team is C.Balan who has scored 8 goals in 33 matches. He hasn’t scored any goal on a penalty.