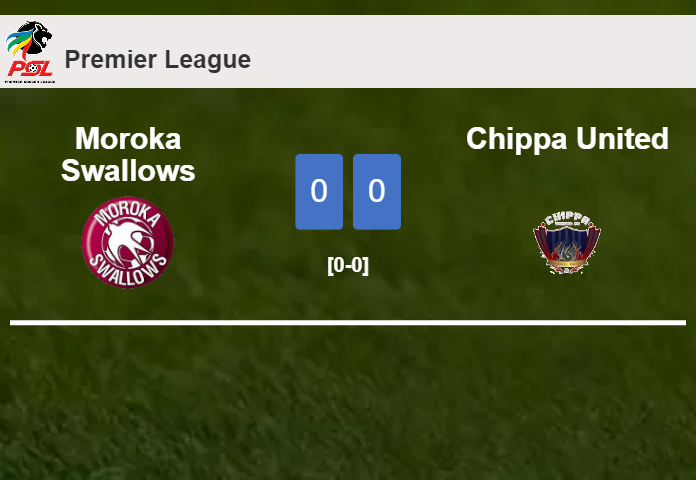 The match was played at the Volkswagen Dobsonville Stadium stadium in Johannesburg on Saturday and it started at 3:00 pm local time. The referee was Thando Helpus Ndzandzeka with the support of Moeketsi Molelekoa and Sibusiso Sisilana. The 4th official was Romario Phiri. The weather was cloudy. The temperature was pleasant at 20.1 degrees Celsius or 68.11 Fahrenheit. The humidity was 45%.​

Moroka Swallows was more pushing with 116 dangerous attacks and 18 shots of which 4 were on target. Notwithstanding, that was not enough Moroka Swallows to win the match​.

In the next match in the Premier League, Moroka Swallows will play away against Kaizer Chiefs on the 21st of May with a 11-5 head to head stats in favor of Kaizer Chiefs (7 draws).

Chippa United will host TS Galaxy on the 21st of May with a 1-1 head to head record.

The manager Dylan Kerr decided to play with the following team: .