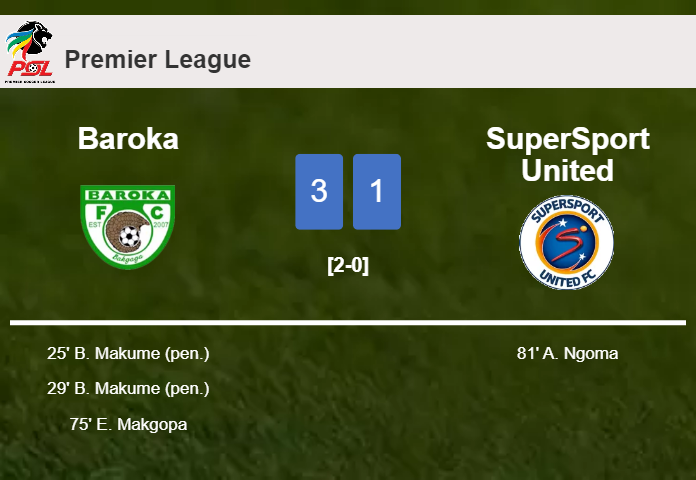 The match was played at the Peter Mokaba Stadium stadium in Petersburg on Saturday and it started at 3:00 pm local time. The referee was Eugene Mdluli assisted by Sandile Dilikane and Tshepo Nojila. The 4th official was Romeo Matibidi. The weather was rainy. The temperature was pleasant at 18.7 degrees Celsius or 65.61 Fahrenheit. The humidity was 96%.​

Baroka was putting more pressure with 44 dangerous attacks and 6 shots of which 3 were on target. This is one of the reasons why Baroka won the match​.

After this match, Baroka will have 25 points like Moroka Swallows to climb in the 17th place. On the other side, SuperSport United will stay with 37 points like Golden Arrows to gain in the 9th place.

The manager Vincent Phaladi Kobola decided to play with the following team: .