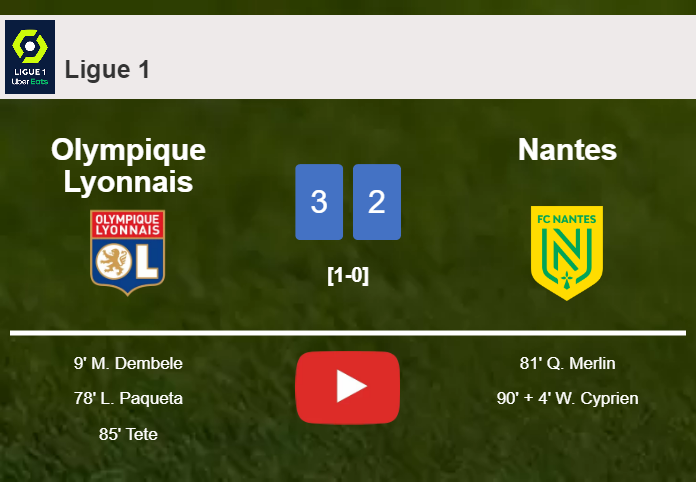 The match was played at the Parc Olympique Lyonnais stadium in Décines-Charpieu on Saturday and it started at 9:00 pm local time. The referee was Florent Batta assisted by Steven Torregrossa and Gwenaël Pasqualotti. The 4th official was Faouzi Benchabane.

In the next match in the Ligue 1, Olympique Lyonnais will play away with Clermont on the 21st of May with a 0-0 head to head statistic.

The manager Peter Bosz decided to play with the following team: .