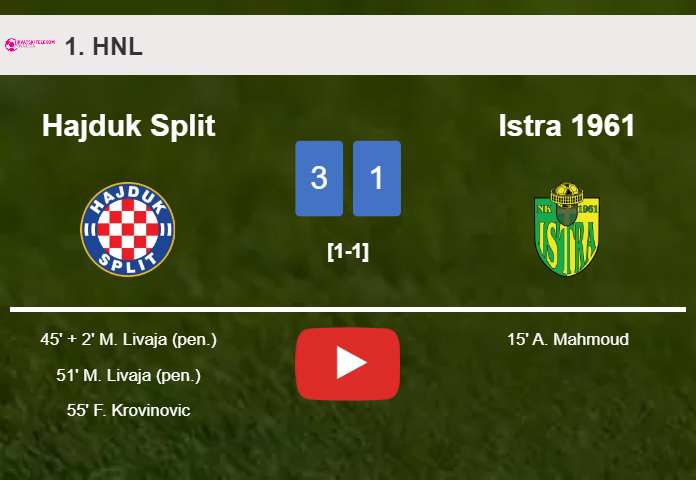 SPLIT. Hajduk Split succeeded in turn the tables against Istra 1961. It was Istra 1961 to score first with a goal from A. Mahmoud. Nonetheless, later Hajduk Split found the way to reverse the scoreline scoring 3 consecutive goals with M. Livaja (45′), M. Livaja (51′) and F. Krovinovic (55′). Hajduk Split was decisively better in terms of ball possession (66%) and that was among the factors of its victory.​

The match was played at the Stadion Poljud stadium in Split on Saturday and it started at 7:05 pm local time. The referee was Zdenko Lovrić with the assistance of Marjan Tomas and Kristijan Novosel. The 4th official was Ivan Matić. The weather was clear. The temperature was pleasant at 23.1 degrees Celsius or 73.51 Fahrenheit. The humidity was 60%.​

Hajduk Split was more aggressive with 95 dangerous attacks and 19 shots of which 9 were on target. This is one of the reasons why Hajduk Split won the match​.

After playing this encounter, Hajduk Split will have 72 points to remain in the 2nd place. Regarding the opposition, Istra 1961 will stay with 28 points to sit in the 9th place.

In the next match in the 1. HNL, Hajduk Split will play away with Dinamo Zagreb on the 21st of May with a 27-12 head to head in favor of Dinamo Zagreb (17 draws).

The manager Valdas Dambrauskas decided to play with the following team: .

Hajduk Split could not rely on the presence of D. Mikanovic (injured).

These are the results of the day in the 1. HNL.​ 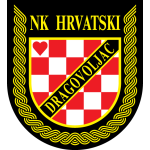