Solihull Moors remained in 10 after J. Osborne received a red card in the 23′. Nevertheless, Solihull Moors still managed to win this match playing only in 10​.

The match was played at the Damson Park stadium in Solihull on Saturday and it started at 3:00 pm local time. The referee was Lloyd Wood. The weather was cloudy. The temperature was pleasant at 17.4 degrees Celsius or 63.23 Fahrenheit. The humidity was 56%.​

Dagenham & Redbridge had a more offensive attitude with 85 dangerous attacks and 26 shots of which 12 were on target. Even so, Solihull Moors found a way to find the solution to win this contest.​

(Solihull Moors) was sent off after receiving a red card in the (23′).

After playing this encounter, Solihull Moors will have 84 points like Halifax Town to hold in the 3rd place. Talking about the opposition, Dagenham & Redbridge will stay with 70 points to remain in the 8th place.

In the next match in the National League, Solihull Moors will play away against Boreham Wood on the 15th of May with a 3-2 head to head stats in favor of Boreham Wood (6 draws).

The manager Neal Ardley decided to play with the following team: . 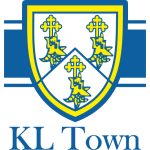