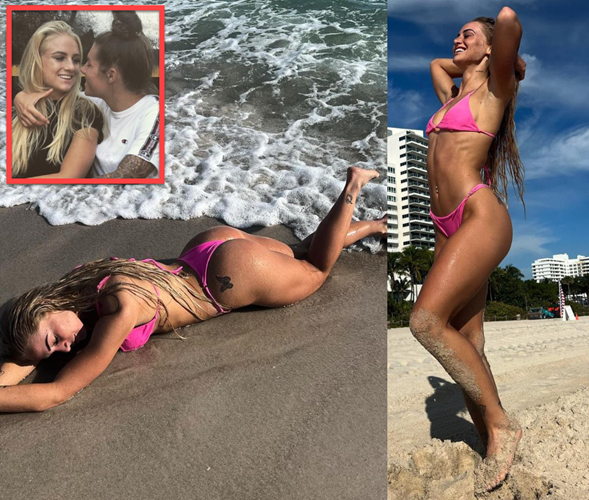 Alisha Lehmann is a forward for both the Switzerland national team and English FA WSL club Aston Villa. She is a Swiss professional football player. She had previously played on loan for Everton, BSC YB Frauen, and West Ham United of the FA WSL.

Alisha Lehman is not dating anyone and is unmarried. But in the future, she won’t have a boyfriend since Alisha is lesbian. She was romantically involved with Ramona Bachmann for 3 years. Ramona is a professional football player who competes for the Swiss National Team. Alisha and Ramona play for different teams in domestic football. The two have faced off against one another in football games in the past. Bachmann, according to Alisha, was her football hero growing up.

Here are some of her best beach-related Instagram photos taken while wearing a bikini.