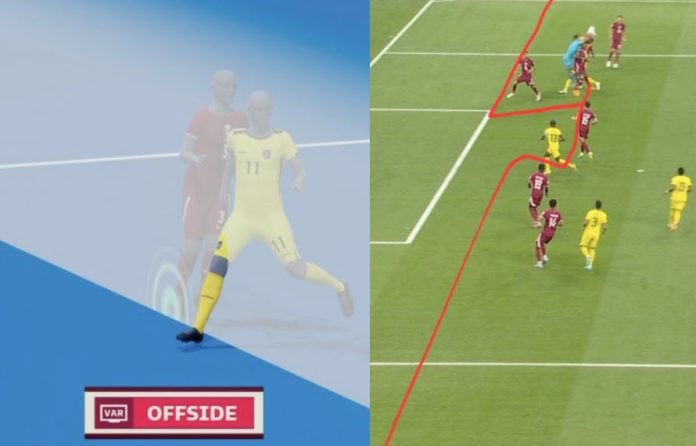 The 2022 World Cup has just started and something controversial happened already in the first few minutes of the opening match between Qatar and Ecuador. The home team is extremely weak and Ecuador seems to have no problems in going through their defense.

Ecuador striker Valencia found a goal already in the 5th minute of the match. However, the goal was disallowed for offside leaving the fans dubious about what had happened.

Here are some comments.

“But how is it offsides at the moment of that challenge with the keeper when the ball was kicked already 25 yards away and he was onsides at time of the kick? Does the keeper touching the ball reset the line right there?”

Another fan commented: “the keeper touched the ball they’re not fooling us, but 0-1 anyway”

I take it back. You can see he was clearly offside #QATECU pic.twitter.com/UKNJnoUbxy