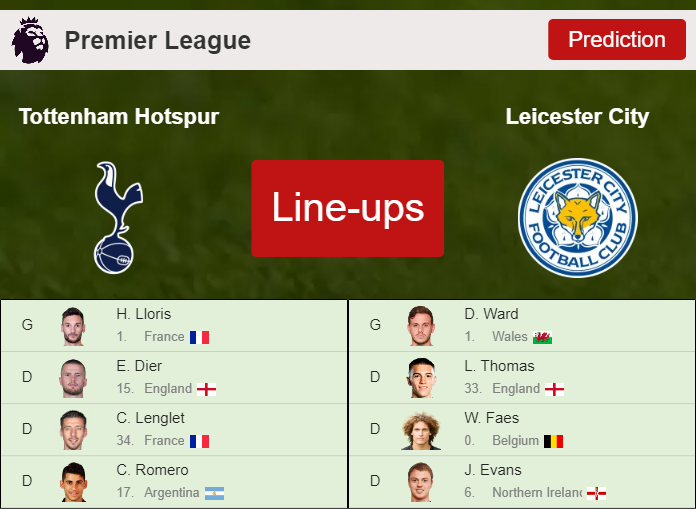 Tottenham Hotspur and Leicester City will face off on Saturday the 17th of September at 16:30 in the 8th week of the Premier League. The match will take place in London at the Tottenham Hotspur Stadium. The referee will be Simon Hooper.

Tottenham Hotspur is in the 3rd position in the table with 14 points. It comes from a 2-1 win against Fulham in its last match in the Premier League. To date, it has won 4 times and drawn twice.​​

Leicester City sits in the 20th position in the league with 1 points. It comes from a 5-2 loss against Brighton & Hove Albion in its last match in the Premier League. As of now, it has drawn once and lost 5 times.

Granting that this will be the line-up, the estimate average age of Tottenham Hotspur would be 27.91.

In case that the line up is confirmed as above, the average age of Leicester City would be 27.10.

Brendan Rodgers will probably not be able to employ D. Praet because of injury.

R. Bertrand and R. Pereira will definitely miss the match.