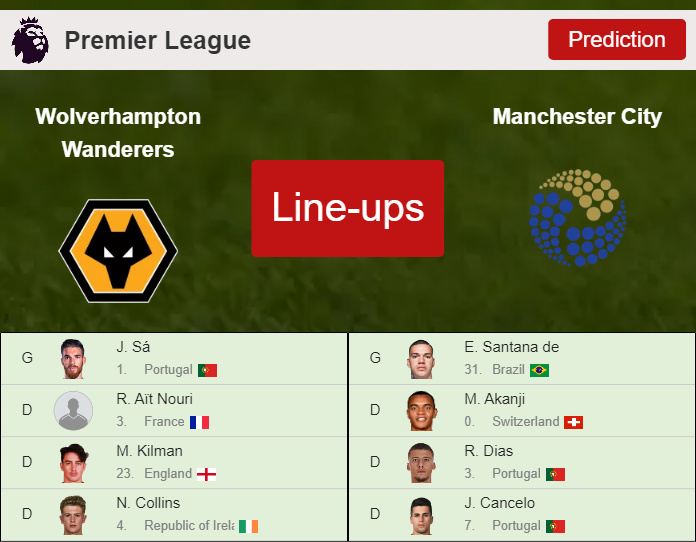 Wolverhampton Wanderers and Manchester City will play on Saturday the 17th of September at 12:30 pm in the 8th week of the Premier League. The match will be played in Wolverhampton at the Molineux Stadium. The appointed referee is Anthony Taylor.

Wolverhampton Wanderers occupies the 15th place in the league with 6 points. It comes from a 1-0 win against Southampton in its last match in the Premier League. So far, it has won once, draw 3 times, and lost twice.​​

Manchester City occupies the 2nd position in the league with 14 points. It comes from a 1-1 draw against Aston Villa in its last match in the Premier League. Up to now, it has won 4 times and drawn twice.​​

Wolverhampton Wanderers has mostly adopted the 4-3-3 line-up most used during the season (3 times or 50.00%).

Assuming that the line up is confirmed as above, the estimate average age of Wolverhampton Wanderers would be 25.55.

Suppose that the line up is confirmed as above, the projected average age of Manchester City would be 26.55.

Josep Guardiola i Sala will probably not be able to employ K. Walker because of injury.

A. Laporte will definitely miss the match.