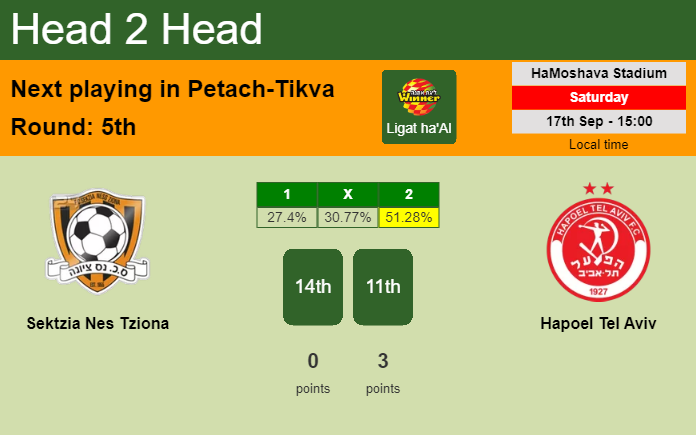 Sektzia Nes Tziona and Hapoel Tel Aviv will play in the 5th week of the 2022/2023 Ligat ha’Al on Saturday the 17th of September at 6:00 pm at HaMoshava Stadium in Petach-Tikva (click here to see your time). In the following paragraphs you can find the head to head analysis and prediction.

The match will be broadcasted also in live streaming by Chance, Tipsport and Tipsport SK.

OVER 2.5. The forecast is that the match will end with 3 goals or more. As of now the combined matches of Sektzia Nes Tziona and Hapoel Tel Aviv ended 5 times with 2 goals or less and 3 times with more than 2 goals​. 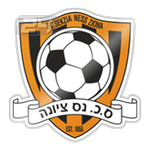 The top scorer is A.Plumain who has scored 1 goal in 4 matches. He hasn’t scored any goal on a penalty.

Sektzia Nes Tziona lost the last 4 matches. It still has to win a match during this season.

The top scorer of the team is K.Ganem who has scored 2 goals in 4 matches. He hasn’t scored any goal on a penalty.

Hapoel Tel Aviv lost the last 3 matches. The last time it won a match it was against Maccabi Netanya on the 5th of September and the score was 2-0.