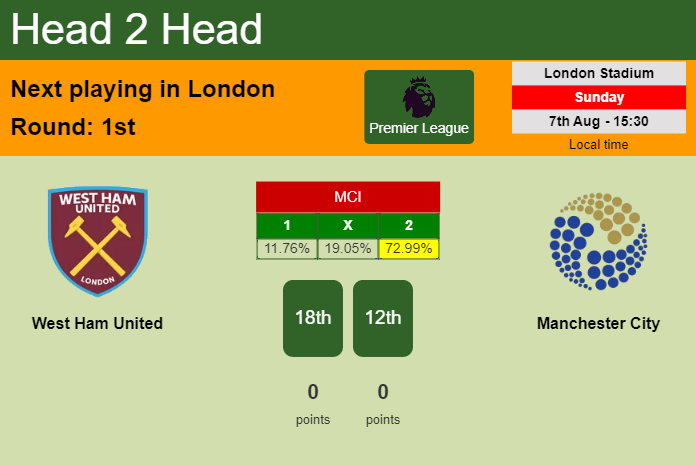 West Ham United and Manchester City will play in the 1st week of the 2022/2023 Premier League on Sunday the 7th of August at 4:30 pm at London Stadium in London (click here to see your time). In the following paragraphs you can find the head to head analysis and prediction.

The referee to officiate this encounter will be Michael Oliver who has already officiated 1 match in Premier League this season​.He has never officiated a match for any of the 2 teams this season​.

The top scorers are M.Antonio and J.Bowen with 8 goals each.

Manchester City has 0 points and occupies the 12th position in the Premier League. Manchester City won 0 matches, it has never lost so far, and never draw until now.

The players who have scored most goals are R.Mahrez and R.Sterling with 10 goals.