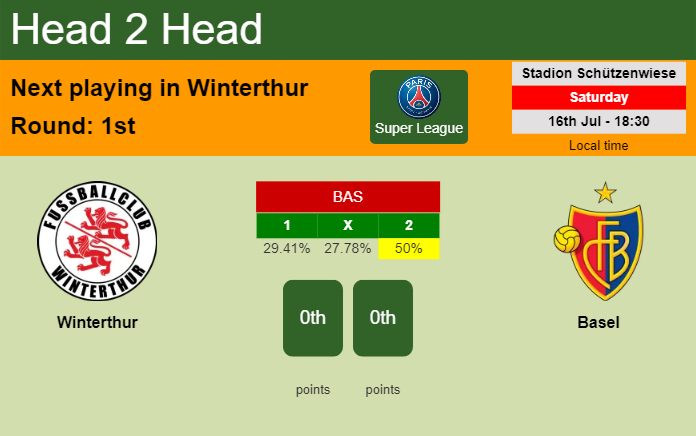 Winterthur and Basel will face in the 1st week of the 2022/2023 Super League on Saturday the 16th of July at 8:30 pm at Stadion Schützenwiese in Winterthur (click here to see your time). In the following paragraphs you can find the head to head analysis and prediction.

Winterthur has points to be in the 0th position in the Super League. Winterthur won 0 matches, it has never lost to date, and never drew to date.

Basel has points and is in the 0th place in the Super League. Basel won 0 matches, it has never lost until now, and never draw up to now.

The best scorer is A.Cabral who has scored 9 goals in 18 matches. He hasn’t scored any goal on a penalty.