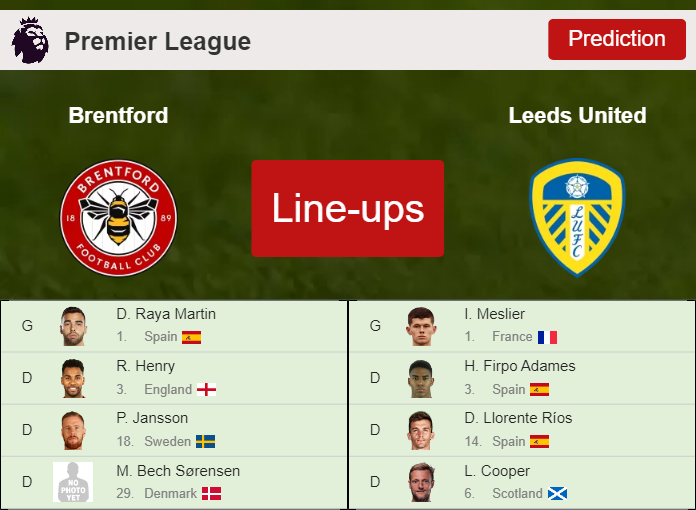 Brentford and Leeds United are going to play on Sunday the 22nd of May at 4:00 pm in the 38th week of the Premier League. The match is going to be played in London at the Brentford Community Stadium. The referee will be Paul Tierney.

Brentford occupies the 11th place in the table with 46 points. It comes from a 2-3 win against Everton in its last match in the Premier League. As of now, it has won 13 times, draw 6 times, and lost 17 times.​​

Leeds United is in the 18th position in the table with 35 points. It comes from a 1-1 draw against Brighton & Hove Albion in its last match in the Premier League. So far, it has won 8 times, draw 11 times, and lost 17 times.​​

If this will be the line-up, the resulting average age of Brentford would be 25.90.

Thomas Frank will probably not be able to employ O. Frank because of injury.

E. Pinnock and S. Ghoddos will definitely miss the match.

Assuming that the line up is confirmed as above, the estimate average age of Leeds United would be 27.00.

Jesse Marsch will probably not be able to employ P. Bamford because of injury.

S. Dallas, A. Forshaw and T. Roberts will definitely miss the match.

Jesse Marsch will not be able to have the presence of L. Ayling and D. James who are both suspended​​.