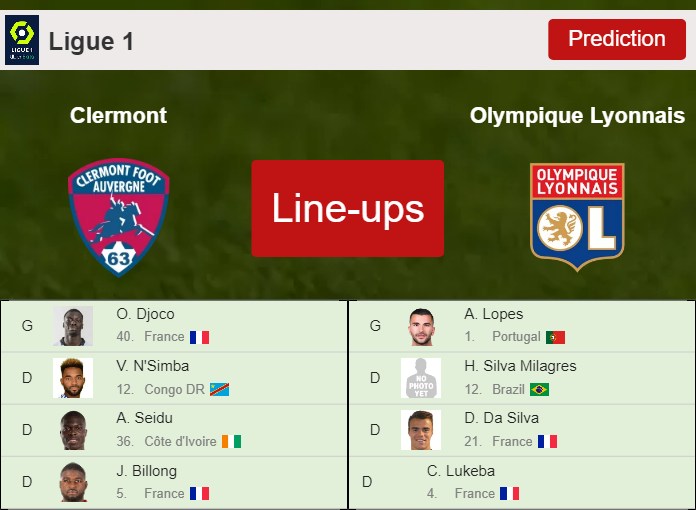 Clermont and Olympique Lyonnais will face off on Saturday the 21st of May at 9:00 pm in the 38th week of the Ligue 1. The match is going to be staged in Clermont-Ferrand at the Stade Gabriel Montpied.

Olympique Lyonnais occupies the 8th position in the standings with 58 points. It comes from a 3-2 win against Nantes in its last match in the Ligue 1. Thus far, it has won 16 times, draw 11 times, and lost 10 times.​​

In case that the line up is confirmed, the projected average age of Clermont would be 26.09.

Pascal Gastien will probably not be able to employ A. Desmas and J. Berthomier because of injury.

Presuming that the line up is confirmed as above, the average age of Olympique Lyonnais would be 26.89.

Peter Bosz will probably not be able to employ J. Denayer because of injury.

S. Diomande and M. Cherki will definitely miss the match.

Peter Bosz will not be able to have the presence of T. Mendes Ribeiro who is suspended​​.