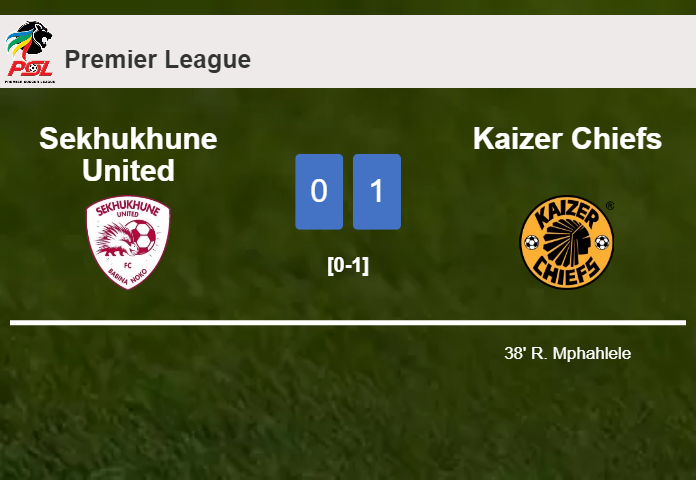 The match was played at the Makhulong Stadium stadium in Tembisa on Saturday and it started at 3:00 pm local time. The referee was Tinyiko Victor Hlungwani with the help of Khamusi Razwimisani and Kgara Mokoena. The 4th official was Cedrick Muvhali. The weather was cloudy. The temperature was pleasant at 21.8 degrees Celsius or 71.29 Fahrenheit. The humidity was 42%.​

Sekhukhune United was putting more pressure with 72 dangerous attacks and 10 shots of which 2 were on target. Anyhow, Kaizer Chiefs found a way to find the solution to win this encounter.​

After this match, Sekhukhune United will stay with 32 points to move up in the 12th place. On the opposite side, Kaizer Chiefs will have 46 points like Royal AM to go up in the 5th place.

Kaizer Chiefs will host Moroka Swallows on the 21st of May with a 11-5 head to head record in favor of Kaizer Chiefs (7 draws).

The manager Owen Da Gama decided to play with the following team: .