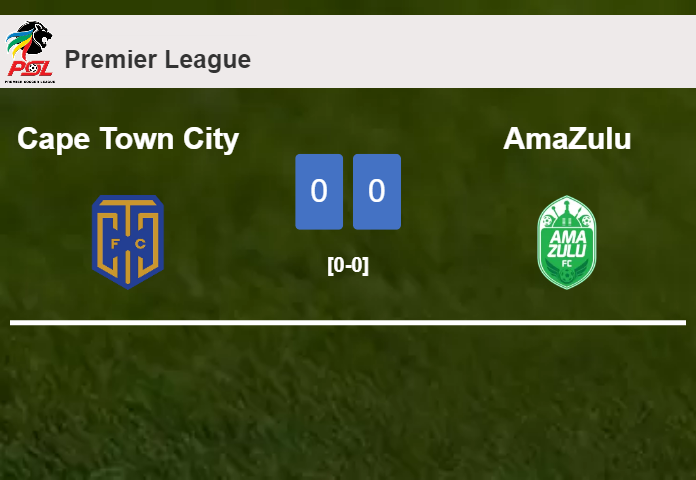 The match was played at the Athlone Stadium stadium in Cape Town on Saturday and it started at 3:00 pm local time. The referee was Michael Mosemeng with the collaboration of Athenkosi Ndongeni and Cledwin Karabo Baloyi. The 4th official was Christopher Kistoor. The weather was cloudy. The temperature was pleasant at 18.5 degrees Celsius or 65.35 Fahrenheit. The humidity was 58%.​

The overall ball possession was just the same with both teams controlling the ball for 50% of the time.

Cape Town City had a more offensive attitude with 63 dangerous attacks and 9 shots of which 4 were on target. Nonetheless, that was not enough Cape Town City to win the match​.

After playing this match, Cape Town City will have 49 points to gain in the 3rd place. On the other side, AmaZulu will have 41 points to climb in the 7th place.

In the next match in the Premier League, Cape Town City will play away against Stellenbosch on the 21st of May with a 3-2 head to head record in favor of Stellenbosch (0 draws).

AmaZulu will host Golden Arrows on the 21st of May with a 12-9 head to head record in favor of AmaZulu (4 draws).

The manager Eric Tinkler decided to play with the following team: .

AmaZulu started with a conservative line-up (4-4-2).