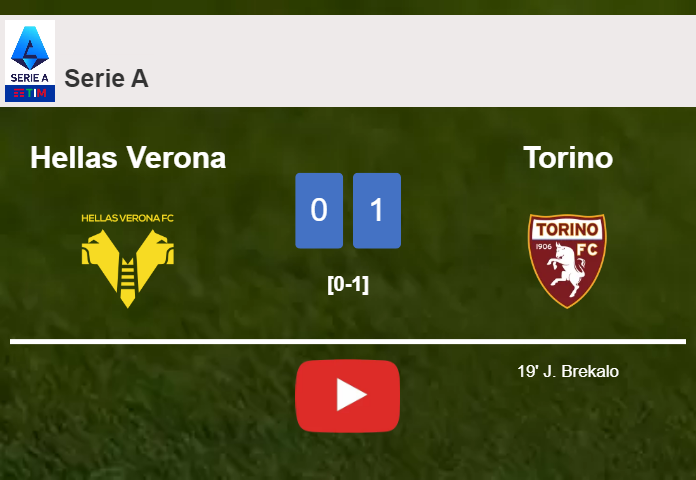 The match was played at the Stadio Marc’Antonio Bentegodi stadium in Verona on Saturday and it started at 6:00 pm local time. The referee was Giacomo Camplone with the assistance of Mattia Scarpa and Gabriele Nuzzi. The 4th official was Andrea Colombo. The weather was cloudy. The temperature was pleasant at 24.5 degrees Celsius or 76.01 Fahrenheit. The humidity was 44%.​

Hellas Verona was more aggressive with 50 dangerous attacks and 11 shots of which 5 were on target. Nevertheless, Torino was able to find the solution to win this match.​

After this contest, Hellas Verona will stay with 52 points to hold in the 9th place. On the other side, Torino will have 50 points to remain in the 10th place.

The manager Igor Tudor decided to play with the following team: .

Torino could not rely on the presence of C. Ansaldi (injured).