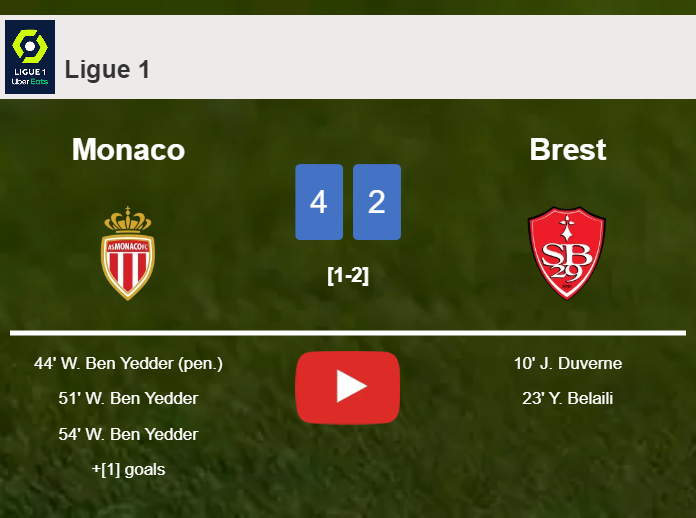 MONACO. Monaco had a amazing comeback against Brest. Monaco made the most of its superior ball possession (57%).

The match was played at the Stade Louis II. stadium in Monaco on Saturday and it started at 9:00 pm local time. The referee was Jérôme Brisard who had the assistance of Benjamin Pages and Alexis Auger. The 4th official was Gaël Angoula. The weather was clear. The temperature was pleasant at 17.1 degrees Celsius or 62.83 Fahrenheit. The humidity was 81%.​

Monaco had a more offensive attitude with 44 dangerous attacks and 18 shots of which 7 were on target. This is one of the reasons why Monaco won the match​.

After this match, Monaco will have 68 points like Olympique Marseille to hold in the 2nd place. Talking about the opposition, Brest will stay with 48 points to sit in the 11th place.

Brest will host Bordeaux on the 21st of May with a 6-3 head to head statistic in favor of Brest (4 draws).

The manager Philippe Clement decided to play with the following team: .