Tigre and Boca Juniors will face off in the 14th week of the 2022 Superliga on Saturday the 7th of May at 4:30 pm at Estadio José Dellagiovanna (click here to see your time).

The prediction is that Tigre will win the match. In accordance with our forecast, there are 40% chances that Tigre prevails. The probability of a draw is 34.48%.

OVER 2.5. The forecast is that the match will end with 3 goals or more. As of now the combined matches of Tigre and Boca Juniors ended 17 times with 2 goals or less and 9 times with more than 2 goals​.

Tigre has accumulated 20 points and it is in the 6th position in the Superliga. Tigre won 5 matches, lost 3 times, and drew 5 times.

Boca Juniors has 24 points and occupies the 4th position in the Superliga. Boca Juniors won 6 matches, lost once, and drew 6 times.

The best scorer is D.Benedetto who has scored 3 goals in 5 matches. He hasn’t scored any goal on a penalty. 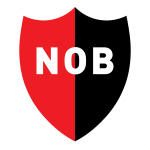