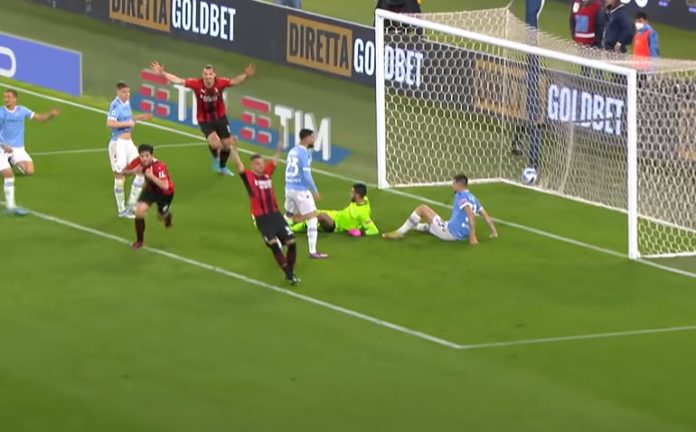 ROMA. Milan was able to reverse the score against Lazio to win 2-1. It was Lazio to strike first with an early goal of C. Immobile at the 4′. Then it was a goal in the 50′ minute to make things even for 1-1. Eventually, S. Tonali gave the win to Milan in the 90′ minute.

The match was played at the Stadio Olimpico stadium in Roma on Sunday and it started at 8:45 pm local time. The referee was Marco Guida who was helped by Filippo Meli and Giorgio Peretti. The 4th official was Marco Piccinini. The weather was clear. The temperature was pleasant at 22.1 degrees Celsius or 71.73 Fahrenheit. The humidity was 37%.​

Milan had a more offensive attitude with 69 dangerous attacks and 27 shots of which 8 were on target. This is one of the reasons why Milan won the encounter.​

After this match, Lazio will stay with 56 points like Fiorentina to hold in the 6th place. On the opposite side, Milan will have 74 points to remain in the 1st place.

In the next match in the Serie A, Lazio will play away against Spezia on the 30th of April with a 3-0 head to head record in favor of Lazio (0 draws).

Milan will host Fiorentina on the 1st of May with a 15-9 head to head in favor of Milan (9 draws).

The manager Maurizio Sarri decided to play with the following team: .