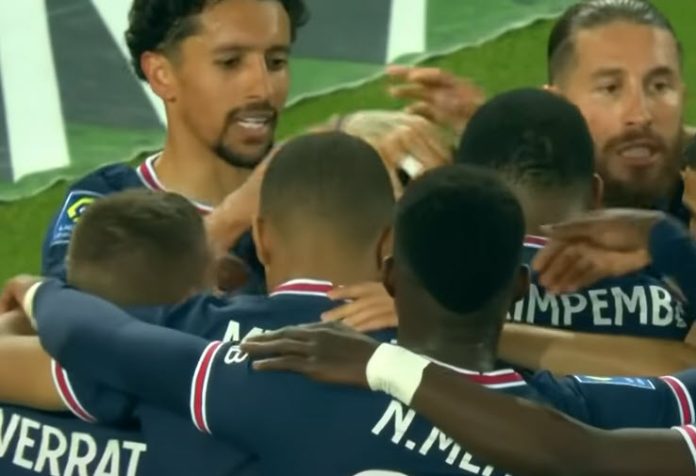 The match was played at the Parc des Princes stadium in Paris on Saturday and it started at 9:00 pm local time. The referee was Amaury Delerue with the support of Alexandre Viala and Julien Aube. The 4th official was Gaël Angoula. The weather was clear. The temperature was pleasant at 15.2 degrees Celsius or 59.32 Fahrenheit. The humidity was 66%.​

Paris Saint Germain was in firm control of the ball 66% while Lens was struggling with a 34% ball possession.

Also, Lens didn’t end the match with 11 players after K. Danso (Lens) was sent off after receiving a second yellow card (57′).

After this contest, Paris Saint Germain will have 78 points to hold in the 1st place. On the other side, Lens will have 54 points to remain in the 7th place.

Lens will host Nantes on the 30th of April with a 6-5 head to head stats in favor of Nantes (3 draws).

The manager Mauricio Roberto Pochettino Trossero decided to play with the following team: .