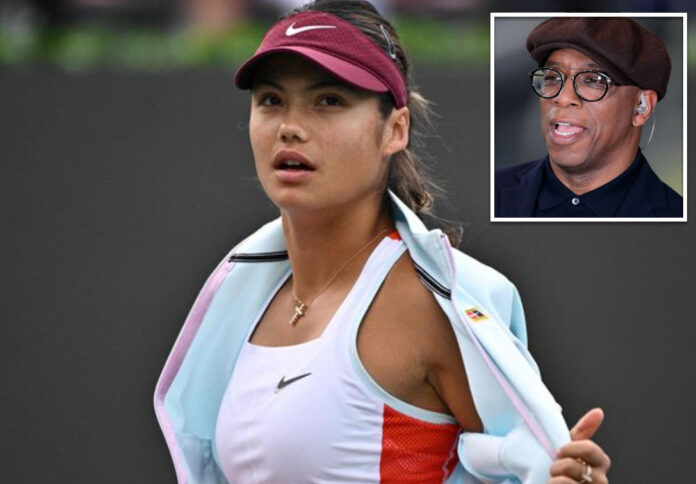 Ian Wright, a former soccer legend, stood up for his young countrywoman Emma Raducanu against her detractors. Ian Wright defended Raducanu on the Wrighty’s House podcast and questioned why she didn’t receive more backing.

Wright revealed that after reading a piece about Raducanu, he made the error of reading the comments.

“I started gushing again because I’m thinking to myself, I don’t know what’s with this country, why they hate young people so much,” Wright said.

“What Emma Raducanu did when she won the US Open from qualifying. What she did was miraculous. A little girl did something I don’t think we’ll ever see again. She did it, and hate, hate is wrong. Why aren’t we giving her as much support as we can to this girl who is still developing? It’s so sad, but you know, you expect it now.

You expect it from the media, from reporters, from the public. When a monkey can’t reach the grape, he says it’s sour. This phrase is widely considered to allude to those who criticize someone for not achieving the same result.”