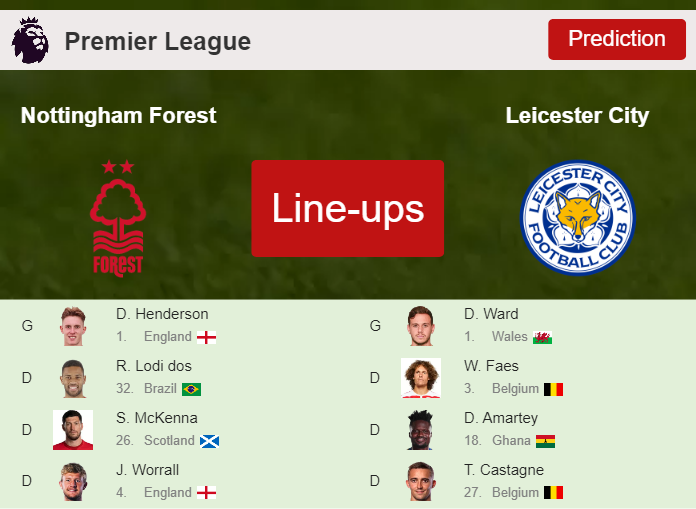 Nottingham Forest and Leicester City will play on Saturday the 14th of January at 3:00 pm in the 20th week of the Premier League. The match is going to be played in Nottingham at the The City Ground. The chosen referee is Paul Tierney.

Nottingham Forest occupies the 15th position in the standings with 17 points. It comes from a 0-1 win against Southampton in its last match in the Premier League. Thus far, it has won 4 times, draw 5 times, and lost 9 times.​​

Leicester City occupies the 13th position in the table with 17 points. It comes from a 0-1 loss against Fulham in its last match in the Premier League. As of now, it has won 5 times, drawn twice, and lost 11 times.​​

Assuming that the above line up is confirmed, the projected average age of Nottingham Forest would be 26.45.

Steve Cooper will probably not be able to employ W. Boly and T. Awoniyi because of injury.

Presuming that the line up is confirmed, the projected average age of Leicester City would be 27.78.

There are doubts about the presence of A. Pérez.

Brendan Rodgers will probably not be able to employ D. Praet because of injury.