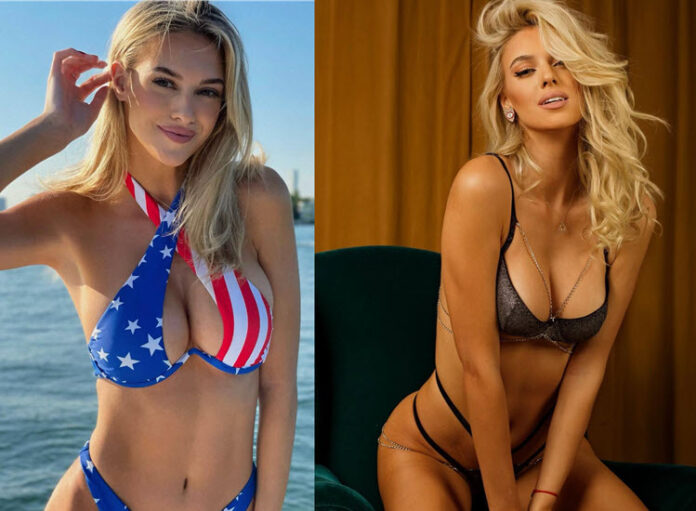 Rajek revealed she has dated women but said: “They [women] always break my heart, and it’s so painful. There is so much drama. We are the same but not the same.”

Regarding her goals for the future, Rajek stated that she was more interested in the idea of modeling lingerie than she was in participating in any nude shoots. The winner of Miss Slovakia 2016 has a page on OnlyFans where she shares racy photos that show off her curves.

The blonde bombshell then spoke about how her job is seen in her country of origin. Rajek acknowledged that the labels she has received as a result of her line of work prevent her from visiting her country frequently.

When asked if her boobs were real or fake, she said they are natural and suggested that beer may have had an influence.