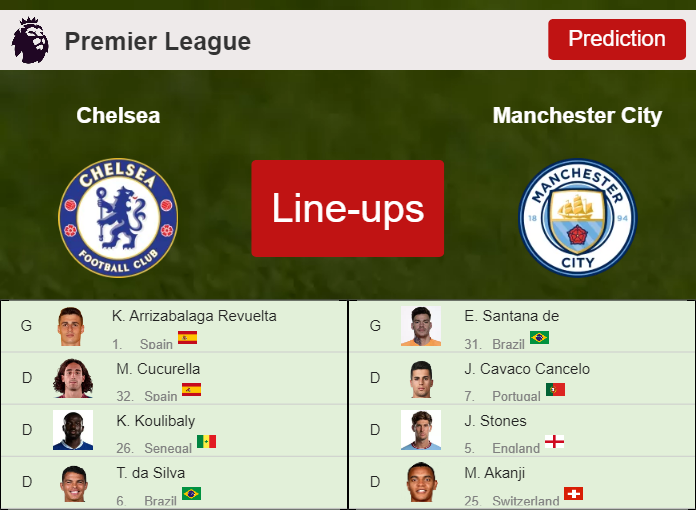 Chelsea and Manchester City are going to face on Thursday the 5th of January at 8:00 pm in the 19th week of the Premier League. The match will take place in London at the Stamford Bridge. The chosen referee is Paul Tierney.

Chelsea occupies the 10th position in the league with 25 points. It comes from a 1-1 draw against Nottingham Forest in its last match in the Premier League. As of now, it has won 7 times, draw 4 times, and lost 5 times.​​

Manchester City sits in the 2nd position in the league with 36 points. It comes from a 1-1 draw against Everton in its last match in the Premier League. So far, it has won 11 times, draw 3 times, and lost twice.​​

In case that the line up is confirmed as above, the average age of Chelsea would be 29.09.

Graham Potter will probably not be able to employ E. Mendy and R. Loftus-Cheek because of injury.

Assuming that the above line up is confirmed, the estimate average age of Manchester City would be 28.73.

Josep Guardiola i Sala will probably not be able to employ A. Laporte because of injury.