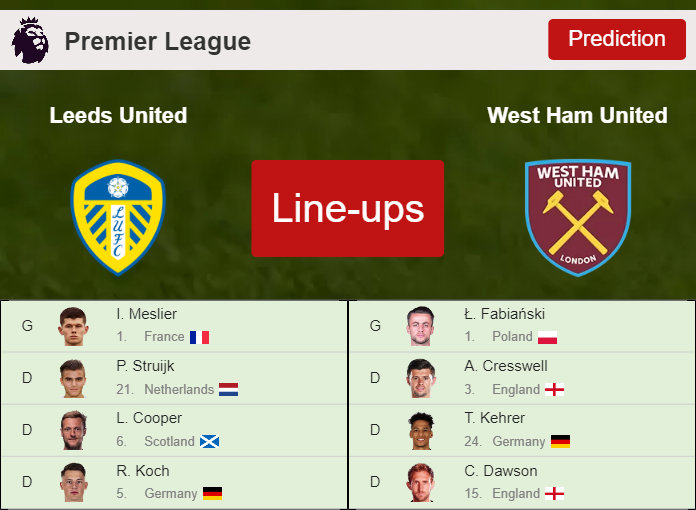 Leeds United and West Ham United will clash on Wednesday the 4th of January at 7:45 pm in the 19th week of the Premier League. The match will be played in Leeds at the Elland Road. The chosen referee is David Coote.

Leeds United is in the 14th place in the table with 16 points. It comes from a 0-0 draw against Newcastle United in its last match in the Premier League. Up to now, it has won 4 times, draw 4 times, and lost 8 times.​​

West Ham United is in the 17th position in the standings with 14 points. It comes from a 0-2 loss against Brentford in its last match in the Premier League. Until now, it has won 4 times, drawn twice, and lost 11 times.​​

In case that the line up is confirmed as above, the average age of Leeds United would be 26.09.

Granting that the line up is confirmed, the average age of West Ham United would be 29.64.

David Moyes will probably not be able to employ G. Cornet and M. Antonio because of injury.