Due to her rumored relationship with Tom Brady, Veronika Rajek has been making headlines. Veronika, who is rumored to be Brady’s girlfriend, has been gushing over him ever since she witnessed him pull off a miracle against the Saints earlier this season, and the same thing happened on Sunday.

Throughout the game, Rajek has consistently shared a number of stories showing her ardent desire for Tom to win. She wrote on social media, “Me watching this nail biter,” as the game’s circumstances became more complicated. Nevertheless, as soon as the Buccaneers won the game, Rajek posted Brady’s picture on social media with the caption “so now happy New Year.” Although Veronika’s praise for the GOAT will only fuel the dating rumors further, Tom undoubtedly deserves all the accolades and praise that are being bestowed upon him. 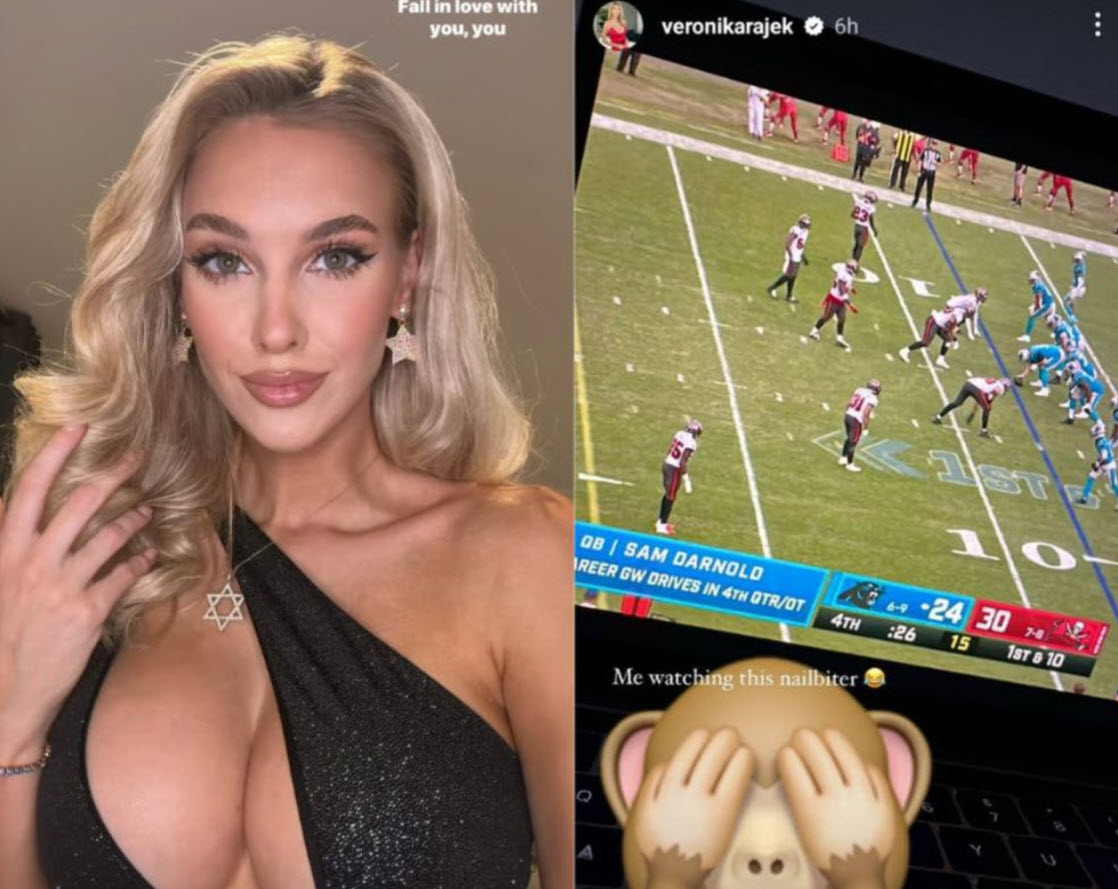