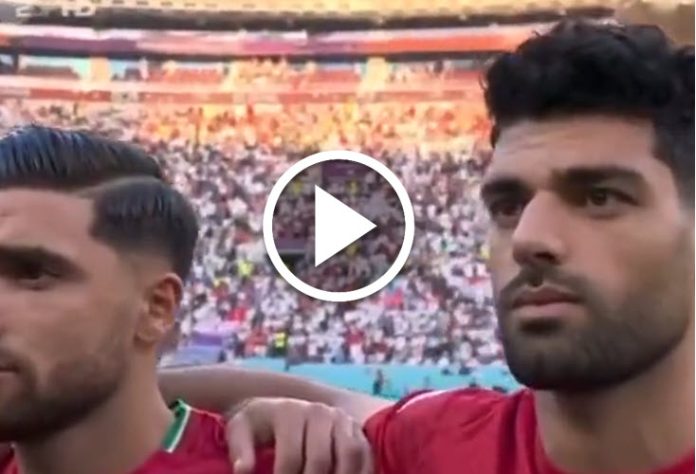 Iran lost a tough match against England in its first World Cup match in Qatar. The scoreline was 6-2. Nevertheless, Iranian soccer players make headlines for refusing to sing the national anthem to protest against what has been happening in their country. They have often professed their opposition to the Iranian regime oppressing the local population. This is an extremely hard and dangerous stance for the players who may experience the wrath of their regime.

While some Iranian supporters were in tears in the crowd, others could be heard booing and whistling their own national anthem as a direct protest to their government.

After Mahsa Amini’s passing sparked anti-government demonstrations that resulted in thousands of arrests and hundreds of deaths, civil unrest in Iran is still ongoing.

Iranian team refused to sing the official Iranian anthem at #FIFAWorldCup2022 as a sign of support for protesters in their homeland.

Admire everyone who is fighting for freedom and democracy! The price of freedom is so high but it's the only option. pic.twitter.com/veLe2DPCgr