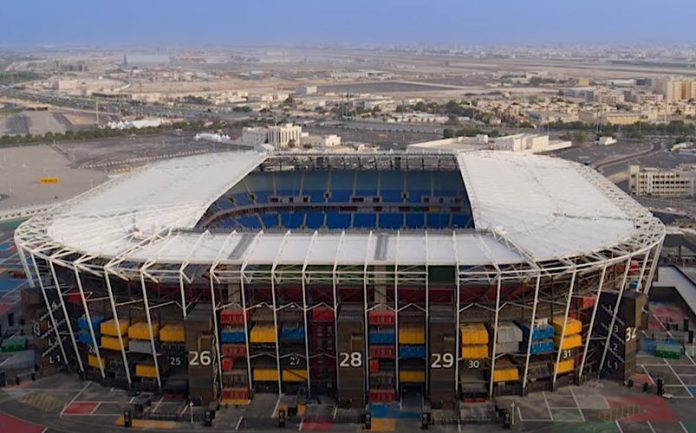 The World Cup in Qatar has just started and there are already some interesting elements in this competition. The organization of the event managed to assemble a rather unique Stadium build on containers. Fenwick Iribarren Architects, Schlaich Bergermann Partner, and Hilson Moran designed Stadium 974.

After the 2022 football tournament, the stadium will be dismantled and moved or repurposed as smaller venues. Its modular design reduced construction costs, build time, and material waste, and organisers said it will reduce water use by 40% compared to a conventional stadium.

The stadium will host 7 matches, 6 group games, and 1 round of 16 match. After the World Cup the stadium will be dismantled. After being dismantled, there are plans for the Stadium to be transported and rebuild in Maldonado, Uruguay to host matches for the 2030 FIFA World Cup if the country bid proves successful.

Stadium 974 was built with 974 shipping containers. The international dialing code is 974. Many shipping containers were used to transport construction materials to the venue, highlighting Qatar’s maritime history and industrial heritage.